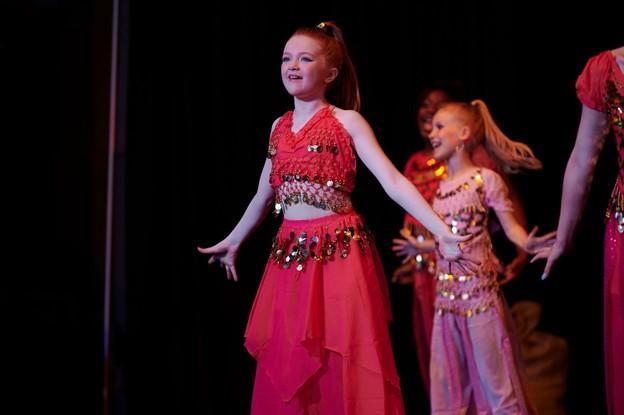 Drama classes start in the sixth grade as an introductory journey into the world of theatre. Students participate in various theatrical opportunities through the use of creative dramatics. Each unit covered in drama contains an in-class performance. This introduction to drama gives students the necessary skills to become a budding actor/actress, and develops life skills that will be utilized in the world outside of the drama room!

Students can continue drama in seventh and eighth grade.  A full year of drama is offered to students who are interested in developing intermediate skills in theatre, working toward being seasoned performers.  The focus is on introductory work in creativity, voice, movement, and characterization; as well as an introduction to styles of performance, auditioning, multi-media Reader’s Theatre, improvisation, theatre production, and directing.  The classes evaluate material that includes published and original scripts, as well as unscripted improvisational performances.  A culminating project developed by the students in the class ends the year.

Madison Academy's award-winning High School Performance Theatre students spend the first semester each year honing their skills with monologues, duets, and ensemble acting as they work toward competing and applying for scholarships at the Alabama Conference of Theatre's Walter Trumbauer Theatre Festival.